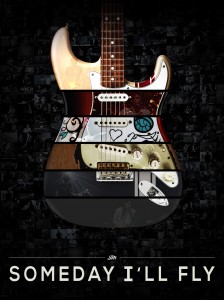 Love him or hate him, John Mayer has carved himself quite a niche in both the popular and blues guitar community over the last 15 years or so that is undeniable.

I’ve loved his trio album, Try, ever since I first heard it. The nods to blues greats like SRV, Hendrix, and The 3 Kings is undeniable in his playing, while the songs both seem to stay rooted in the blues while pushing the art forward gently and with care.

And while I may not be a big fan of some of his more pop-tinted material, I’m thankful that the next generation of guitar players has someone with some solid technique and chops to look up to in Mayer.

Which is what makes what I have for you today even more interesting… this is a documentary told from Mayer’s perspective and put together by Mr. Eastwood Allen who reached out to me a few weeks ago and now that I’ve finally had a chance to watch it I think you’ll really enjoy it.

Obviously this is a little more than a casual watch, but when you have a little over an hour to sit with it I encourage you to skip a couple episodes of something on TV and check it out… I think you’ll really dig it. Some of the playing examples are, of course, killer.

But it’s always great to hear about the creative process from an artist in their own words. I hope you enjoy it as much as I did. And thanks to Mr. Allen for sharing it with us all.